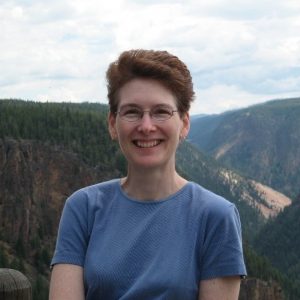 Dr. Karen Root is the President of SCB North America and a faculty member of the Department of Biological Sciences at Bowling Green State University leading the Conservation Biology and Population Ecology Lab (karenroot.net). Her research over the last 24 years has focused on the conservation of native biodiversity, including ecological surveys, habitat and population modeling, and conservation planning and management. Combining ecological fieldwork with the application of quantitative techniques, such as G.I.S., habitat modeling, and risk assessment, she addresses conservation issues across many scales, temporal and spatial. In collaboration with the Green Ribbon Initiative (oakopenings.org), much of her recent research focuses on ecology and conservation in the biodiversity hotspot of the Oak Openings Region of Northwest Ohio. 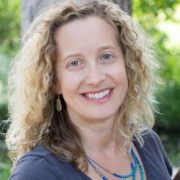 Dr. Hufft is the Associate Director of Applied Conservation at Denver Botanic Gardens, where she has overseen plant conservation projects since 2011. She is a broadly trained conservation biologist whose research interests include restoration, ex situ conservation, long-term monitoring and phenology. She supports the Gardens’ efforts to conserve Colorado’s rare plants by incorporating the ecology and demography of rare plant species and studies of biodiversity, invasive species and phenology into the conservation program.

In an age when conservation biologists need to think and work in new ways, but are under increasing pressure to produce rapid-fire accomplishments, finding alternative pathways and approaches to the mission of conservation can be a challenge. In this lively plenary, four panelists who have followed unexpected paths, with wild successes and failures along the way, will tell their personal stories of risk-taking, curiosity, motivation and cross-boundary creativity in collaboration with and on behalf of nature. 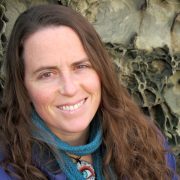 Maureen Ryan (she/her pronouns) is an evolutionary ecologist, creative leadership development facilitator, and visual artist.For two decades Maureen studied the effects of climate and hydrologic change on amphibians and wetland ecosystems, often concurrently working on science-policy initiatives. From 2015-2019 she co-led the Conservation Science Partners (CSP) Innovation Lab from its inception to its current state of diverse co-leadership. Through her LLC, Dark Creature, she currently offers workshops and custom facilitation for groups and individuals seeking deeper integration of imagination, creative practice, direct relationship with nature, and diverse belonging in their work. As a scientist, artist, and lover of the astonishing non-human world, she is a lifelong student of living imagination and creative processes. Maureen was a David H. Smith Conservation Research Fellow and Resilience Alliance Young Scholar. She is a 3rd/5th generation descendant of Irish refugees, grew up in the hills of Pennsylvania and bays and forests of Massachusetts, and lives on Lake Union in Seattle, Washington. 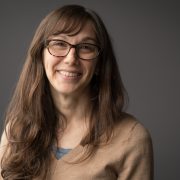 Chelsea Rochman is an Assistant Professor in Ecology at the University of Toronto and a scientific advisor to Ocean Conservancy. Chelsea received her PhD in Ecology from a joint program between University of California, Davis and San Diego State University in 2013. She then was a Smith Postdoctoral Fellow in Conservation Biology. She was hired as an Assistant Professor at the University of Toronto in the Department of Ecology and Evolutionary Biology in 2016. Chelsea has been researching the sources, sinks and ecological implications of plastic debris in marine and freshwater habitats for more than a decade. She has published dozens of scientific papers in respected journals and has led international working groups about plastic pollution. In addition to her research, Chelsea works to translate her science beyond academia. For example, Chelsea presented her work to the United Nations General Assembly and at the US State Department. For more information visit www.rochmanlab.com 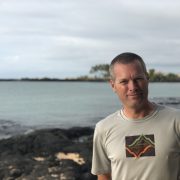 is the President, Chief Scientist, and founder of Conservation Science Partners (CSP), a nonprofit scientific collective established to meet the analytical and research needs of diverse clients and stakeholders in robust conservation outcomes. He’s also an Associate Professor at Northern Arizona University, where he works with students to bridge their academic experiences with the real-world conservation activities and innovative business environment of CSP. By training, Brett is a product designer, conservation biologist, landscape and wildlife ecologist, and fierce advocate for strong inference. 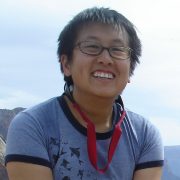 Talia Young is the founder and program director of Fishadelphia, a school-based community seafood program based in Philadelphia. Talia earned a PhD in Ecology & Evolution from Rutgers University, was a Smith Conservation Research Fellow at Princeton, and is now a postdoc back at Rutgers, studying climate change resilience in fishing communities. Prior to graduate school, Talia spent 7 years working and teaching in Philadelphia public and charter schools. 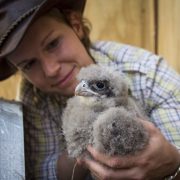 Sara Kross (Panel Moderator) – Born and raised in New York City, Sara Kross is a conservation biologist focused on understanding and managing for human-wildlife interactions on farms and in cities. Sara completed her PhD at the University of Canterbury in New Zealand and returned to the United States as a David H. Smith Postdoctoral Fellow at UC Davis. She is currently the Director of the Master’s program in Ecology, Evolution & Conservation Biology at Columbia University. In addition to her academic pursuits, Dr. Kross co-founded and managed a community-based NGO dedicated to the conservation of the threatened New Zealand falcon, has worked on science policy statements, and is dedicated to mentoring and training young scientists. She generally spends her spare time wrangling her two toddlers, but on occasion gets to go bird watching, hiking, or out after 8pm.

Followed by an introduction of the 2020 COMPASS Environmental Journalists, and reception in the South Convention Lobby, 7pm – 9pm