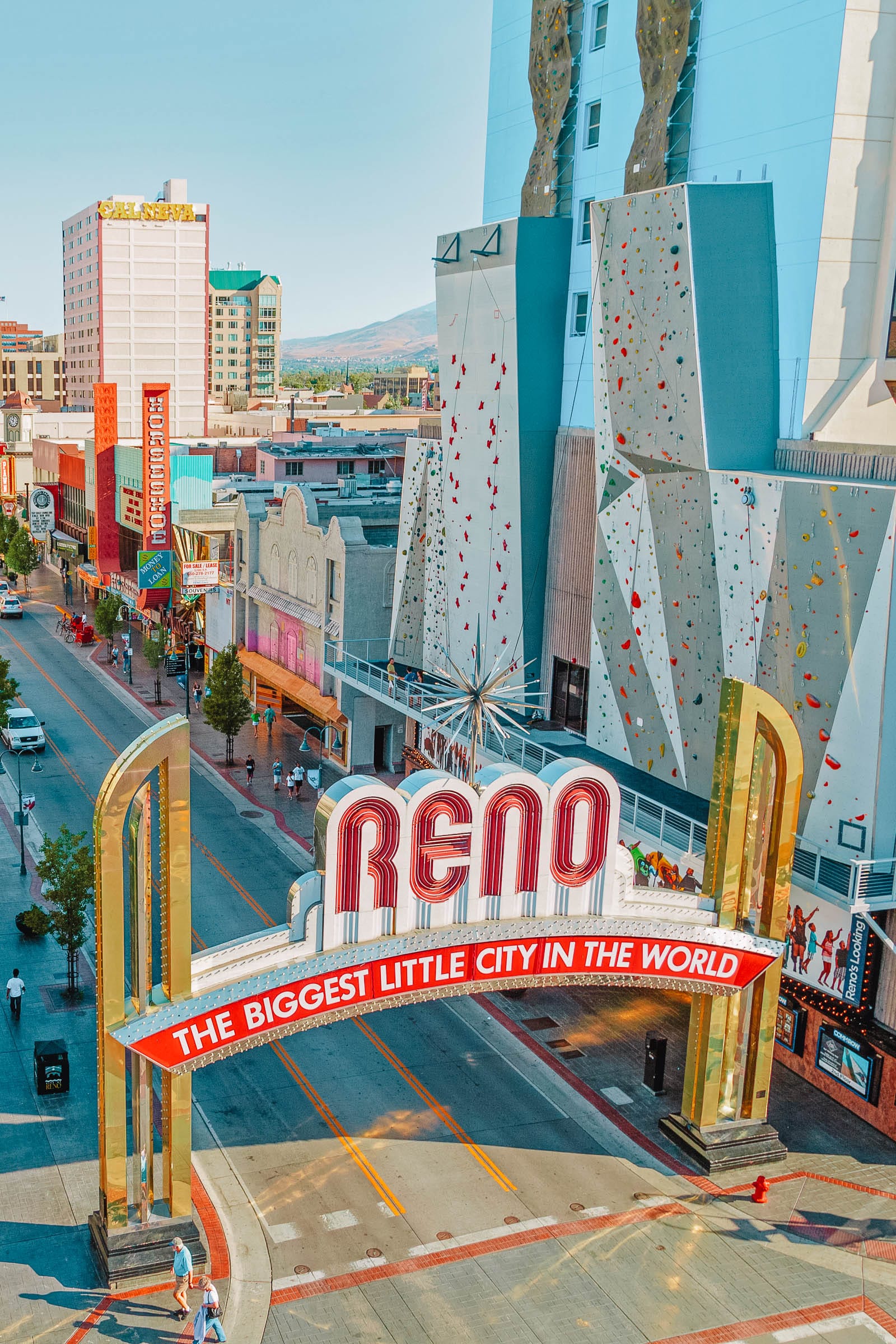 Reno, Nevada was established in 1868 – the same year the transcontinental railroad reached the town. Reno was the preferred crossing point for travelers on their way to the California gold rush. In 1974, the University of Nevada was founded and became an integral component of the young town’s identity and contributed to its culture. This is reflected in Reno’s nickname, “Biggest Little City in the World”, which arose as a result of a wide variety of cosmopolitan amenities in a city of small size. In the early 1900’s, Nevada legalized gambling which boosted the tourism of Reno. Reno was now a model for destination hotel and casino gaming. For most of the 20th century, tourism and the gaming and entertainment industries have formed the backbone of Reno’s economy.

Reno is located in Western Nevada at the border of California. It is situated in the Truckee Meadows Valley close to the Sierra Nevada Mountains and Lake Tahoe.