Plenary: Life in the Desert: The Comeback Story of the Largest Inland Trout in the World

Description: Until about 110 years ago, a unique and large strain of Lahontan cutthroat trout (LCT) made spawning migrations from Pyramid Lake up the Truckee River towards Lake Tahoe. Due to dams, overfishing, and degraded habitat, LCT were unable to spawn in the Truckee River after 1930 and were soon extirpated from Pyramid Lake. Fortunately, this strain of LCT was rediscovered in a small creek on Pilot Peak Mountain near the Nevada-Utah border and starting early in the 20th century, trout from Pyramid Lake and Lake Tahoe were regularly transplanted to drainages in eastern Nevada and other out-of-basin locations. Many of these transplants did not survive, but the Pilot Peak population planted in a fishless stream did survive. New genetic technology for museum specimens confirmed their Tahoe-Truckee-Pyramid origin. With the rediscovery of this original strain of lacustrine LCT in the 1970s, the significance for recovery of the Tahoe, Pyramid Walker ecosystems began to emerge. In the early 1990s, political support for expedited recovery of LCT set the stage for the Lahontan National Fish Hatchery Complex (NFHC) to visualize, identify and re-create the building blocks of conservation needed for a successful reintroduction and recovery effort. In this plenary presentation, Lisa Heki will share the significant efforts and challenges undertaken by the Lahontan NFHC, in partnership with the Pyramid Lake Paiute Tribe, to put LCT on the road to recovery, including the first documented successful spawn for the native strain in over 80 years – a significant milestone on the road to LCT recovery and a testament to the resilience of LCT and the ecosystems on which they depend. The return of this iconic LCT to its home waters over the course of 28 years of conservation planning and implementation has coalesced a human community around its conservation. 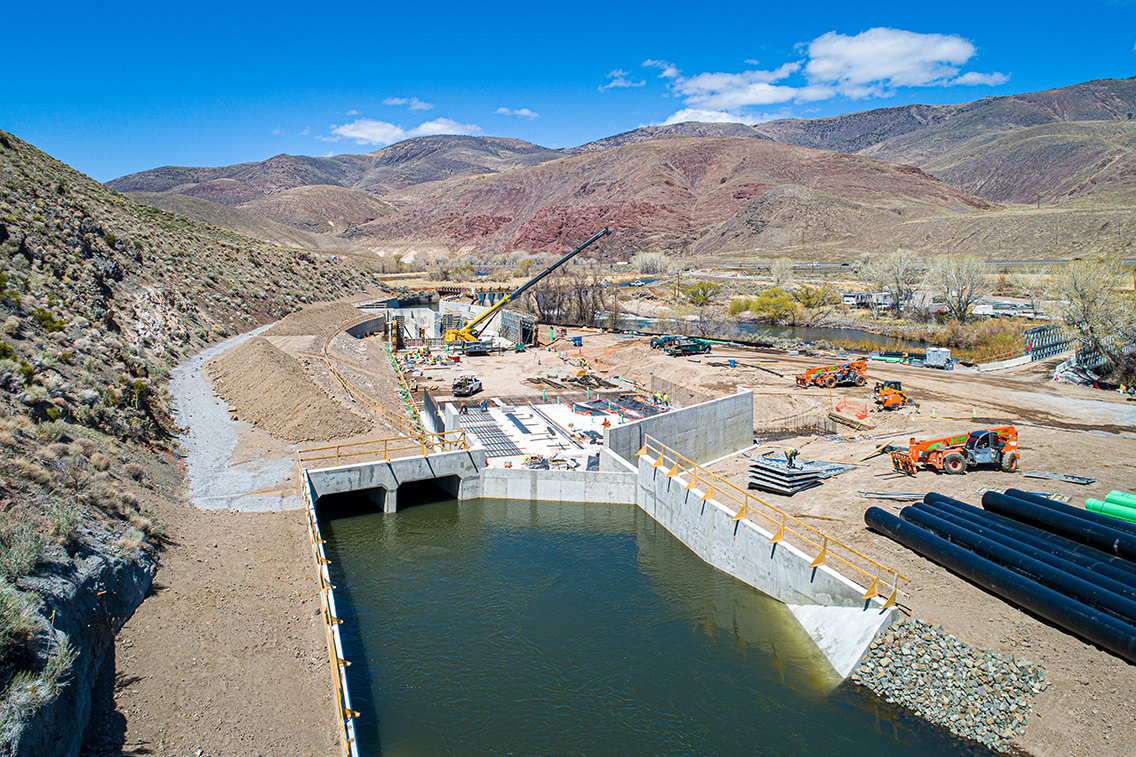 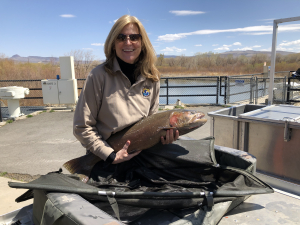 Keynote Speaker – Lisa Heki is the Project Leader for the Lahontan National Fish Hatchery Complex, U.S. Fish and Wildlife Service. Lisa is a lifelong Nevadan who has spent the majority of her career working on the conservation of native fishes and ecosystems of Nevada.  She has a BS in Aquatic Biology and Masters education in Conservation Biology. Over her 30-year career, she has emphasized a holistic approach to fish conservation that includes working to improve habitat and native ecosystem function, native fishery management for conservation, recovery, and recreation, and advancement of conservation hatchery principles. Her program works in collaboration with States, Tribes, Federal Agencies, researchers, and communities to understand the conservation needs of healthy aquatic ecosystems and recovery of the threatened Lahontan cutthroat trout and endangered Cui-ui.