Plenary: Collaborative conservation in a polarized age of extinction

The conservation of biodiversity remains the cornerstone of conservation science and practice, but efforts to conserve imperiled species often intersect with people’s use of natural resources. In today’s era of high political polarization, a collaborative approach to conservation of land and water and the species they support holds particular promise to recover species and bring people together. In this panel, speakers will describe dynamics that have allowed their collaborations to cross divides to stabilize or recover at-risk species. In this plenary, our speakers will describe an collaborations focused on at-risk species, including how it came together, the species being addressed, dealing with disagreement, using science, and other key elements of success. 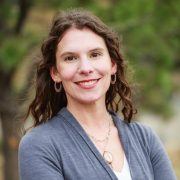 Edalin Koziol  is a Policy Associate with The Nature Conservancy’s Colorado River Program, where she works on legal and policy issues supporting strategies for restoring healthy rivers to benefit nature and people. She has an M.S. in aquatic sciences, environmental policy, and conflict resolution from the University of Michigan and received her J.D. from Vermont Law School, where she focused on water and environmental law and alternative dispute resolution. Prior to joining The Nature Conservancy, Edalin practiced water law in Colorado and also served as an attorney at the Colorado Water Trust.
Topic:Upper Colorado Endangered Fish Recovery Program 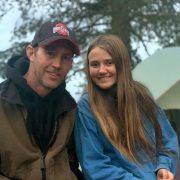 Nathan Seward is a Wildlife Conservation Biologist for Colorado Parks and Wildlife in Gunnison, Colorado. The majority of his work focuses on the conservation of Gunnison sage-grouse, a recently federally threatened species and one of North America’s rarest avian species. He holds degrees in wildlife management from The Ohio State University and a Master’s of Science in Conservation Biology from the University of Kentucky. He is an active member and past Treasurer of The Colorado Chapter of The Wildlife Society. When not working with ranchers or public land managers to improve habitat, Nathan enjoys fly-fishing, elk hunting, working with his mules, and spending time with his wife, Kathleen, and three kids, Reilly, Rowan, and Drayden. Topic: Gunnison Basin Wet Meadow Restoration 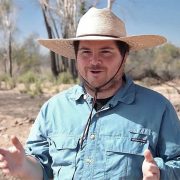 Osvel Hinojosa-Huerta directs the Coastal Solutions Fellows Program at the Cornell Lab, with the main goal to build conservation capacity along the Pacific coast from Mexico to Chile for communities and shorebirds. Every year, the program grants a two-year fellowship to six stellar early-career professionals in Latin America working in multidisciplinary collaborative projects to generate solutions to the main environmental threats in this region.

Osvel has been working in conservation and research projects in northwestern Mexico since 1997, in particular in coastal and riparian areas of the Sonoran Desert. Some of his recent activities include the evaluation and recovery of protected species, the implementation of community-based restoration projects, and the creation of partnerships with governments and stakeholders for the conservation of nature.

For 18 years, Osvel worked with Pronatura Noroeste (a non-profit environmental organization in Mexico) to restore the Colorado River delta, including the recovery of river flows and the facilitation of binational negotiations between Mexico and the US for the sustainability of the Colorado River Basin.
Topic: Collaboration for coastal habitat protection 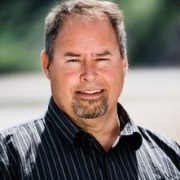 Roland Willson was first elected as Chief of the West Moberly First Nations in August 2000, and has continued to serve in that position for the past 20 years. Chief Willson sits on several boards and councils, including the BC First Nations Energy and Mining Council, the BC First Nations Gaming Committee, the Pacific Trails Pipeline First Nations Limited Partnership and the Northeast Aboriginal Business and Wellness Centre. Chief Willson is a prolific presenter. In recent years, he has made numerous presentations at various forums and seminars concerning issues important to First Nations, including the duty to consult, aboriginal land and resource management, and the impacts of the oil and gas and shale gas industries on First Nations in northeastern BC. In the past five years, the Chief has presented at forums and seminars held by the Canadian Institute, Insight Information, the University of Waterloo, the Munk School of Global Affairs at the University of Toronto, the BC Land Summit, the University of Alberta Faculty of Native Studies, the Alberta Society of Professional Biologists, the federal Department of Justice (Ottawa), the Planning Institute of BC, and the University of British Columbia’s Natural Resources and Environmental Studies Colloquium. He has also appeared twice before the Standing Senate Committee on Aboriginal Peoples, once with respect to the federal Specific Claims policy and once on the topic of aboriginal economic development. Chief Willson is an active enthusiast of Land and Treaty preservation. 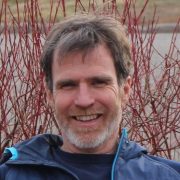 John Sanderson is the Director of the Center for Collaborative Conservation. He has been doing conservation work in the West for 25 years, most recently as the Director of Science at The Nature Conservancy. At TNC, he led a staff working to protect land, manage rivers, restore forests, and mitigate and adapt to our changing climate. He earned a B.S. in engineering from Purdue University, an M.S. in botany from the University of Vermont, and a Ph.D. from the Graduate Degree Program in Ecology at Colorado State University.

“I am intrigued by science, delighted by nature, and passionate about people and the many ways we think, learn, celebrate, and solve problems. I believe in the importance of listening to the many voices who care about and depend on our precious land and water and look forward to working together to create a future where people and nature can thrive.” – John Sanderson