Plenary: From the urban to the wild: building a future for human-carnivore coexistence in North America

Large carnivores are charismatic, conspicuous, and critical species in North America’s diverse ecosystems. These species inspire awe and reverence in many people, but are loathed or feared by others. In some places, large carnivore populations are declining, locally extirpated, or near extinction, while elsewhere, they are thriving or expanding. In this plenary, we examine ecological and human landscapes as related to carnivore conservation and coexistence with humans. We move from city centers to the urban-wild interface, and from working western landscapes to wild and rugged rainforest ecosystems. In each of these environments, we present case studies in carnivore ecology, identify where conflict arises with human communities, and explore the implications and solutions for coexistence into the future. 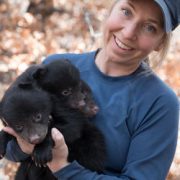 Heather Johnson is a Research Wildlife Biologist at the USGS Alaska Science Center in Anchorage, Alaska. Heather’s research focuses on understanding the dynamics and behavior of large mammal populations to provide key information for management and conservation efforts. Her work often focuses on elucidating the influence of human development on wildlife populations, assessing the effectiveness of management actions, and understanding the drivers of human-wildlife conflict. Heather has a PhD in Wildlife Biology from the University of Montana, a MS in Wildlife Science from the University of Arizona, and a BS in Ecology from the University of California, San Diego. Prior to working for the USGS, Heather conducted large mammal research for Colorado Parks and Wildlife and California Department of Fish and Wildlife. 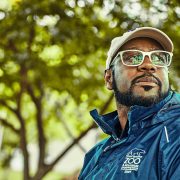 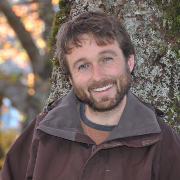 Kyle Artelle is an Adjunct Assistant Professor in The Geography Department at the University of Victoria and a Raincoast Conservation Foundation Biologist who is based in Wágḷísḷa, Wáxv:w̓uísax̌vs Haíɫzaqv (Bella Bella, Heiltsuk First Nation Territory). He conducts applied inquiry into wildlife and landscape ecology, management, and conservation, with a focus on black and grizzly bears at scales ranging from British Columbia to Central Coast of British Columbia, Canada, and in partnership with universities, NGOs, and the Haíɫzaqv, Wuikinuxv, Kitasoo/Xai’xais, and Nuxalk First Nations. He is also interested in natural resource management more broadly, investigating the rigour of wildlife management approaches across North America, acting as a scientific lead for restoration of a place-based, intertidal food production system in Wáxv:w̓uísax̌vs Haíɫzaqv, and supporting resurgent Indigenous-led governance for just and effective conservation approaches. 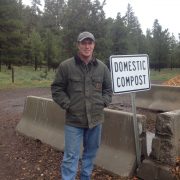 Seth Wilson is Executive Director of the Blackfoot Challenge. Seth grew up in West Cornwall, CT and holds a B.A. in Environmental Studies and Government from St. Lawrence University, a M.S. in Environmental Studies as well as a Ph.D. in Forestry from the University of
Montana in Missoula, MT. He was a post-doctoral research fellow at Yale University from 2009-2010. While conducting his doctoral research, Seth began working for the Blackfoot Challenge in 2001 as the organization’s first Wildlife Coordinator, helping to gather baseline data and develop strategies to reduce conflicts with grizzly bears and wolves that are still hallmarks of the program today. As an applied conservation biologist, Seth has worked on resolving issues between people and wildlife in the
United States, Canada, and Europe for more than 20 years. Recently, he spent three years in Slovenia as an advisor to the Slovenian Forest Service and partners from Italy, Austria, Croatia, Slovakia, and
Romania to support brown bear and Eurasian lynx conservation and management. 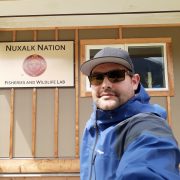 Jason Moody is the Fisheries and Wildlife Manager for the Nuxalk Stewardship Office in Bella Coola, BC Canada. He coordinates a number of field crews throughout the year, studying and caring for many important fish and wildlife values in Traditional Nuxalk Territory. He has a strong devotion to protecting environments and their respected species, such as grizzly bear conservation and protection. This was the most prominent file he worked on as a member of the GBR First Nations Bear Working Group through the Bears Forever campaign successfully ending the trophy hunt in BC in 2017. More recently and locally, the Nuxalk Bear Safety Project won runner-up Virginia McKenna Award in 2019 for work on co-existence with bears. 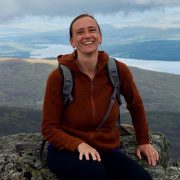 Rebecca McCaffery is a Wildlife Biologist with the US Geological Survey Forest and Rangeland Ecosystem Science Center. She is based in Olympic National Park in Washington state, where she works with the park, local tribes, and agency and academic biologists on projects aimed at conserving, restoring, and effectively monitoring diverse species and ecosystems of interest. Her focus is on understanding and estimating population dynamics of focal species in relation to processes such as climate change, land use, and river restoration following dam removal. Rebecca received her PhD from the University of Montana, with research focused on montane amphibians. She has had a long involvement with SCB, starting with her work on the board of the Montana chapter. In her spare time, she loves hiking, camping, baking, gardening, riding her bicycle, and adventuring with her family and dog.